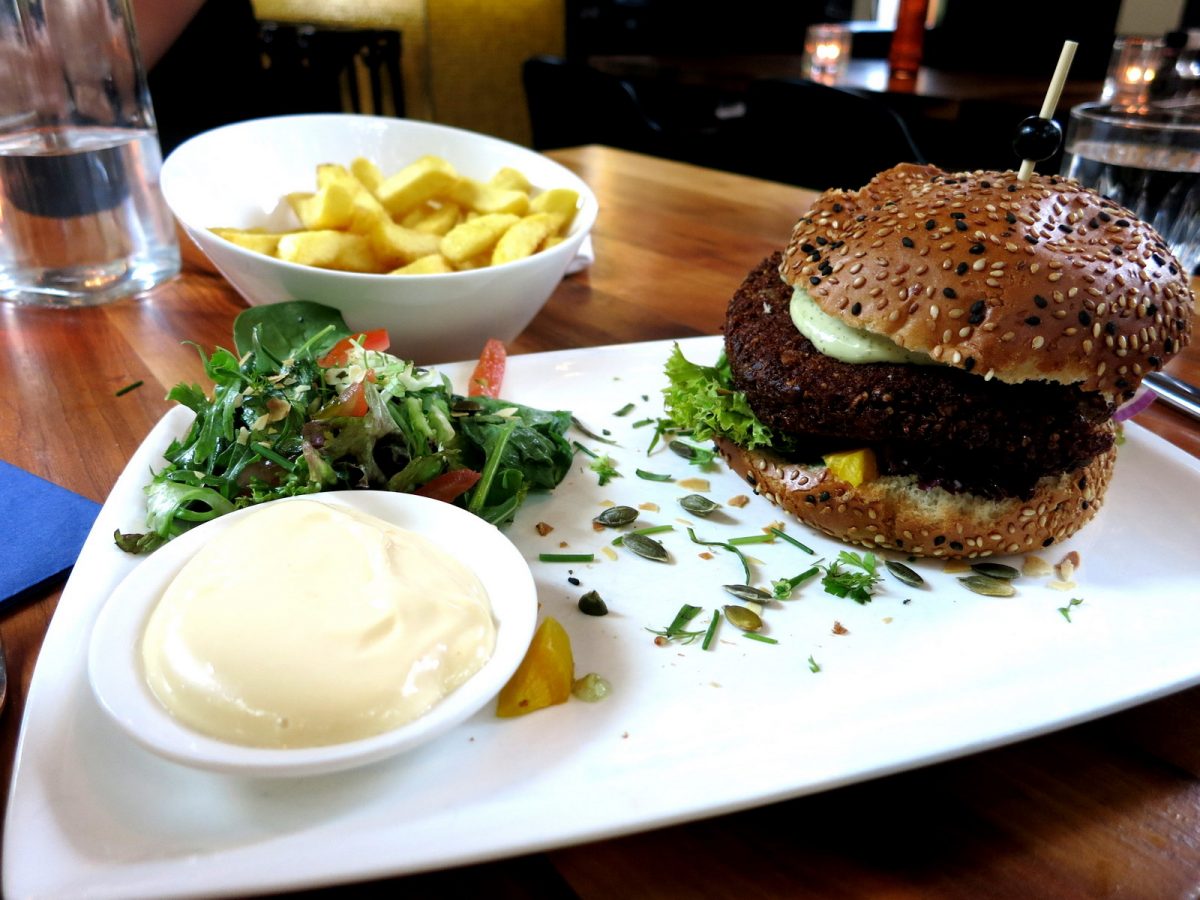 Are you vegan or vegetarian or just love a good veggie burger? Here are some of our favorites in Amsterdam!

The vegan burger with chipotle mayo at DopHert is definitely one of the best I’ve tasted in town! Spicy, hearty and delicious. They also serve a quinoa and red bean burger with onions stewed in beer. Or try the seiten burger with vegan cheese. DopHert sometimes hosts “Burger Night” – don’t miss it! 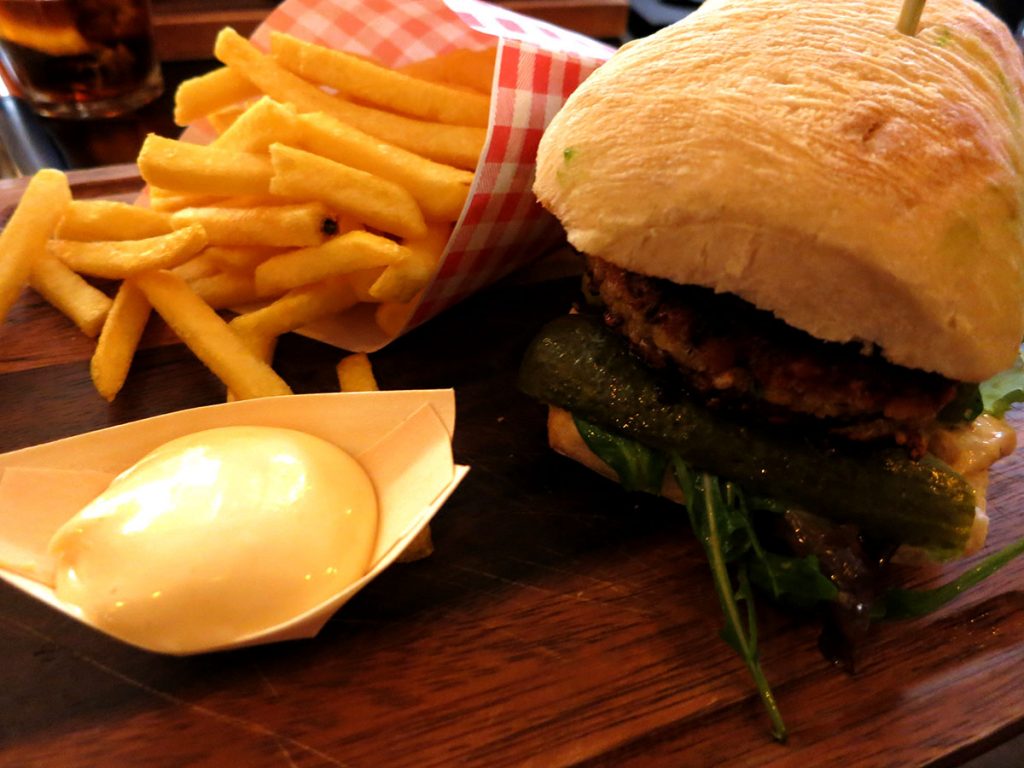 Brouwerij Troost is the place to go for craft beers and tasty veggie burgers. Their first location is in de Pijp, the second in Westerpark and the third in Oost. They have a veggie burger option as well as a vegan one. 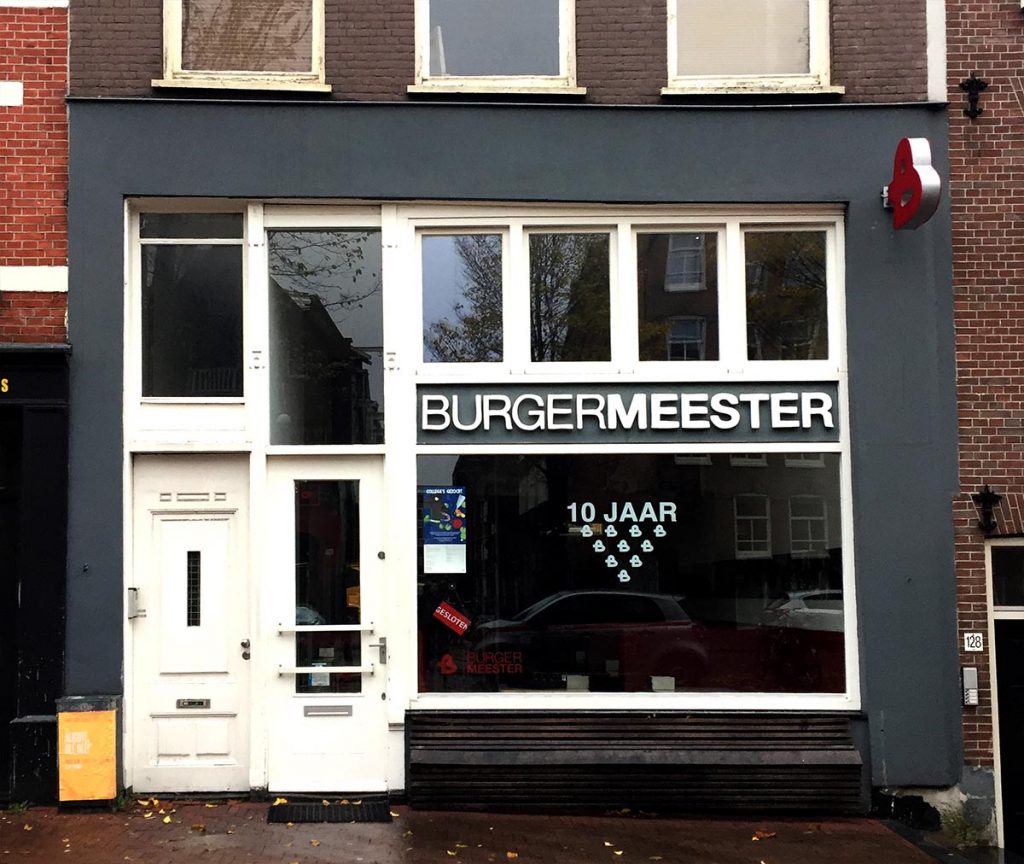 One of the burger originals in Amsterdam, Burgermeester still has some of the most creative burgers in town. If it’s a veggie burger you are after try the spinach burger which can be made either vegan or vegetarian or the manchego burger, or go for the trio and get three small burgers! 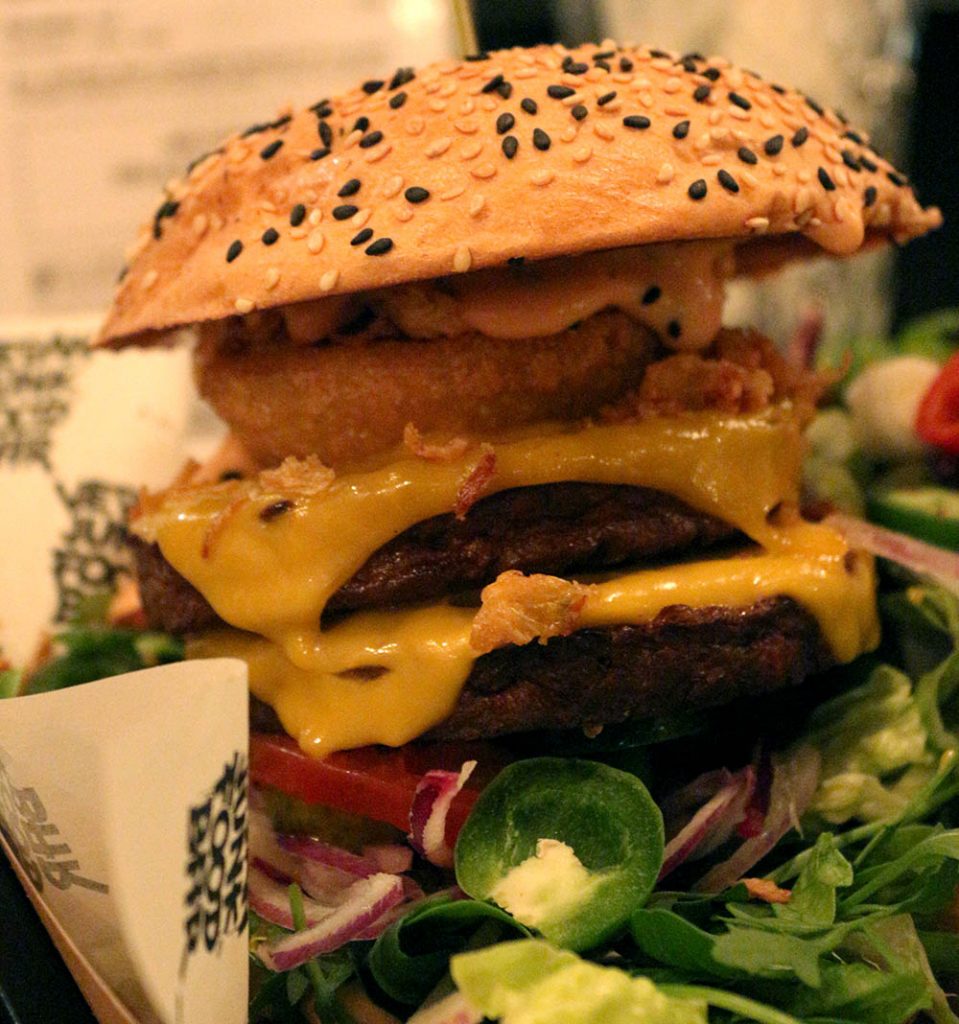 Everything is vegan at this hotspot with two locations. And you bet they have a veggie burger on the menu! The Sumo is a huge burger with two patties, topped with melted cheeze, spicy sauce and a fried onion ring. Go for an order of the loaded fries on the side too. And maybe finish off with some vegan ice cream. 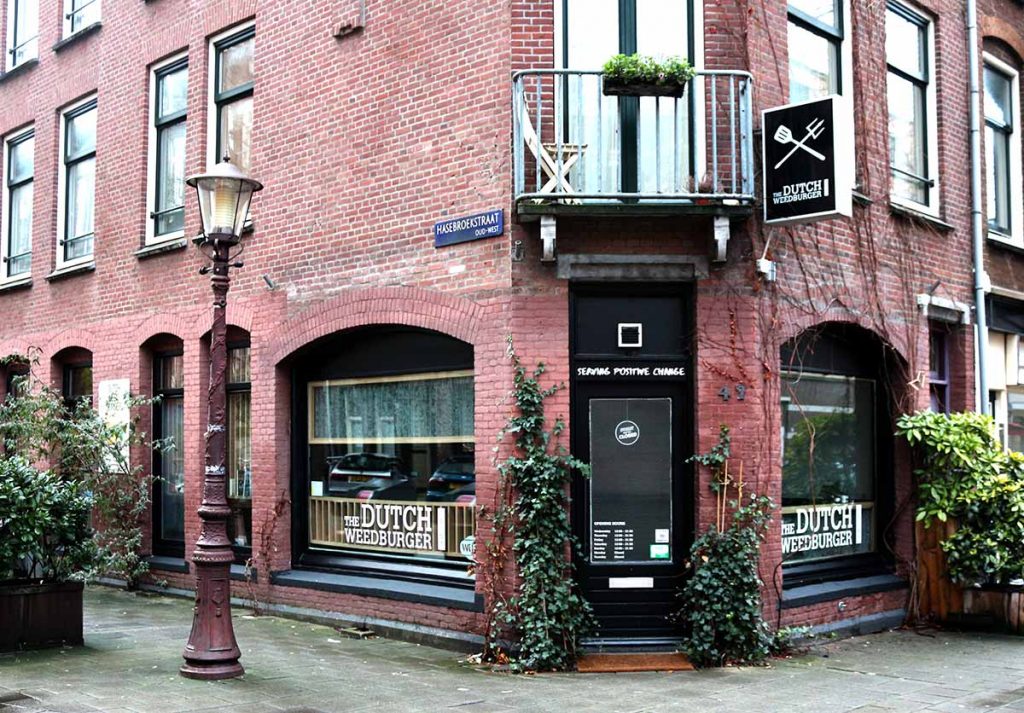 A favorite at festivals for many years, Dutch Weed Burger finally opened their own shop in Amsterdam Oud-West. No this veggie burger is not made from marijuana, it is made from seaweed! How cool is that? The cafe serves a 100% plant based menu including the Dutch Weed Dog. You can also find their creations served at other locations around town. 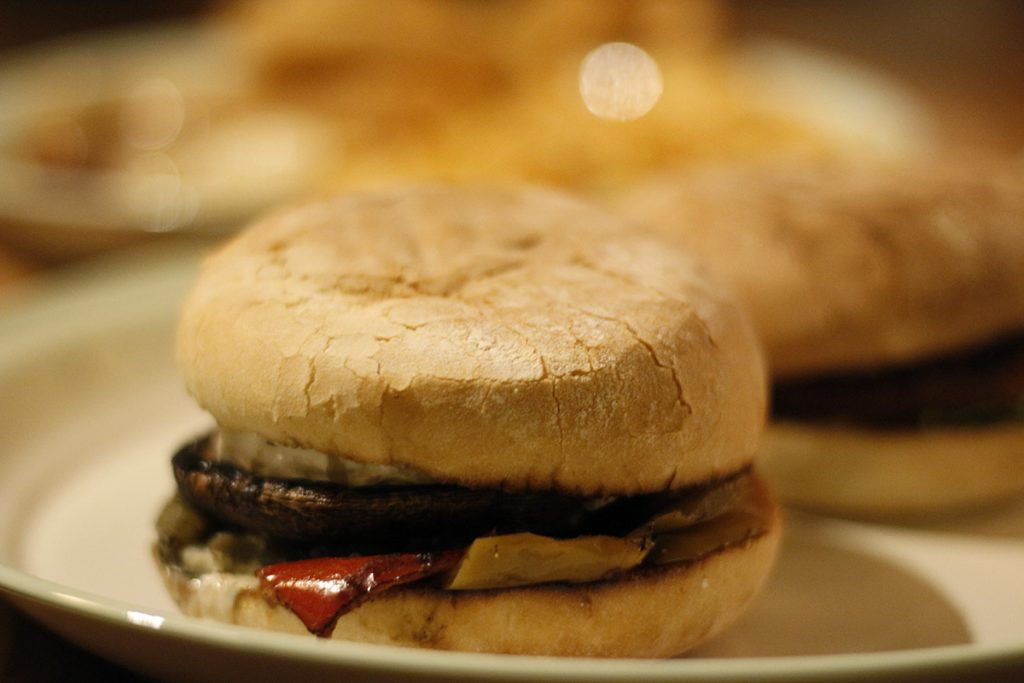 Ellis Gourmet Burger has branches in Rotterdam, Antwerp, Brussels and beyond. Come to the Prinsengracht or Singel locations for their portobello mushroom burger, the “Nutty Red Veggie” or a burger made from carrots.

Meatless District is 100% vegan, and they have a popular vegan burger on the menu made from seitan. You can order it with or without the bun, plus fries with vegan mayo on the side.

Roots serves what they call “healthy takeaway” – fresh juices, salads, soups and veggie burgers. The Italian burger is made from sweet potato, quinoa, roasted fennel, rucola and topped with cashew pesto cream. You can get their food delivered by TringTring too! 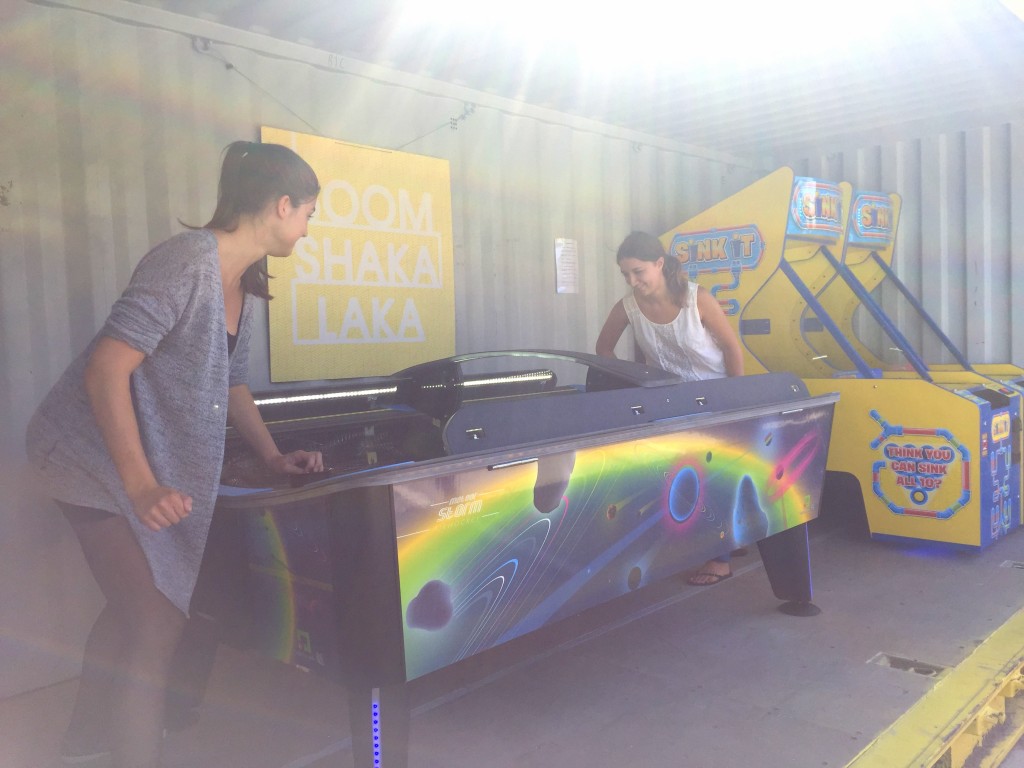 Something a bit different! Have you tried a ramen burger yet? Instead of the bready bun these creations have a chewy layer of ramen on either side. And they are yummy! TonTon Club serves up these tasty treats and have a seaweed/mushroom version for the veggie heads. 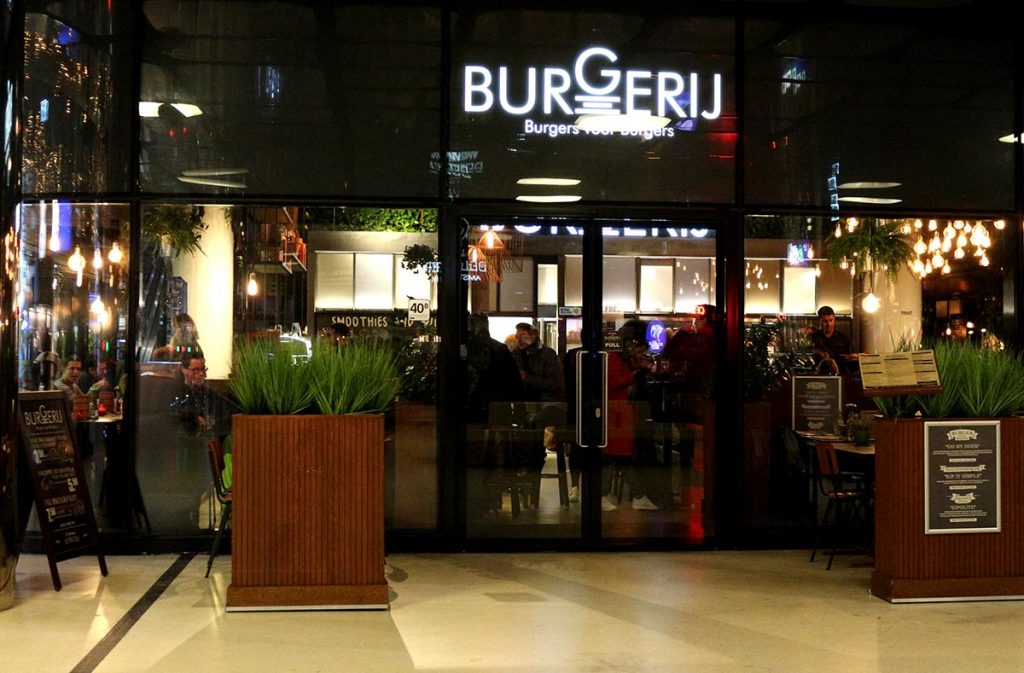 This burger chain from Belgium has two veggie burgers on the menu. One is made with oyster mushrooms and the other made with chickpeas and falafel flavors. Luckily Burgerij is conveniently located at Centraal Station so you can grab your burger before or after a train ride. 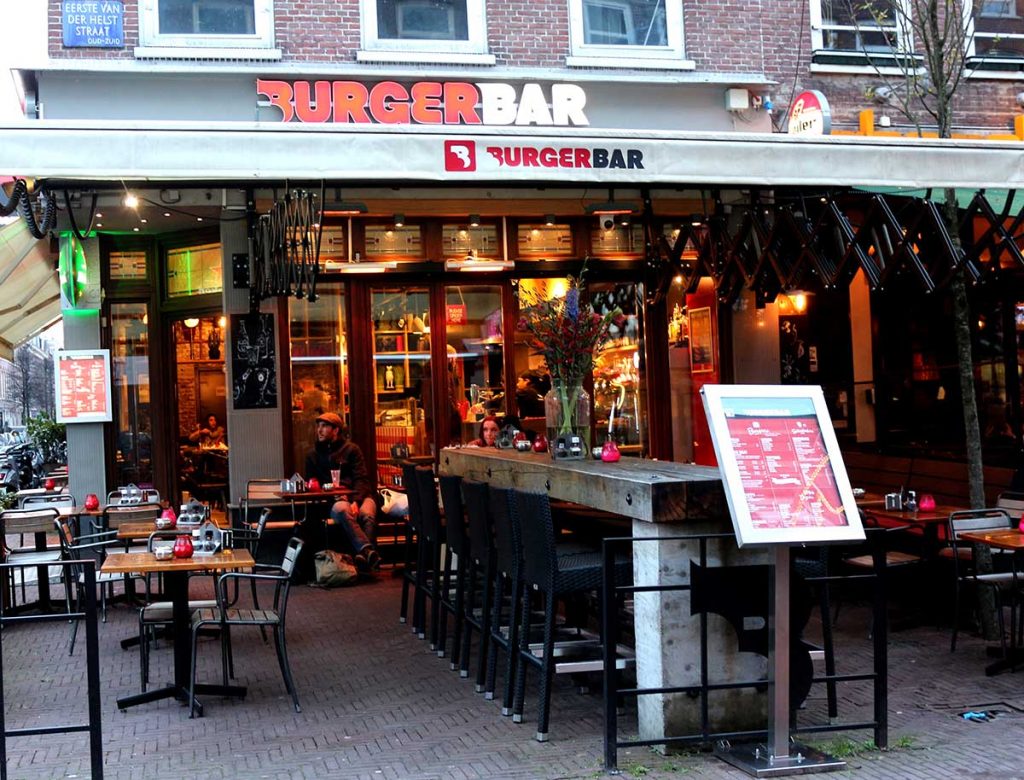 Need a veggie burger late at night? Hit up one of the Burger Bar locations to get your fix. Their portobello mushroom burger is usually cooked on the same grill as the normal burgers, so strict vegetarians might not be pleased. Their menu can also be delivered by Foodora.

Have a favorite veggie burger in Amsterdam that we haven’t mentioned? Let us know! We have more vegetarian and vegan tips in Amsterdam too!

PIN IT FOR LATER 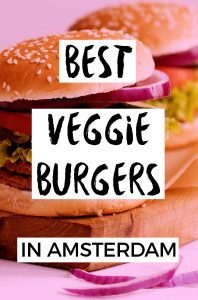 In the mood for something meatier? We also have a list of the best burgers in town. 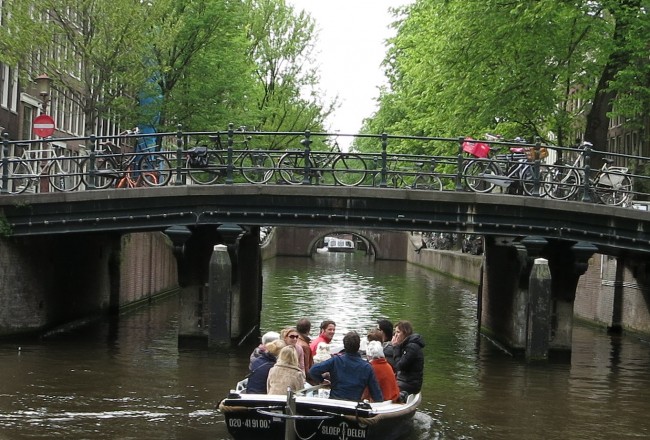 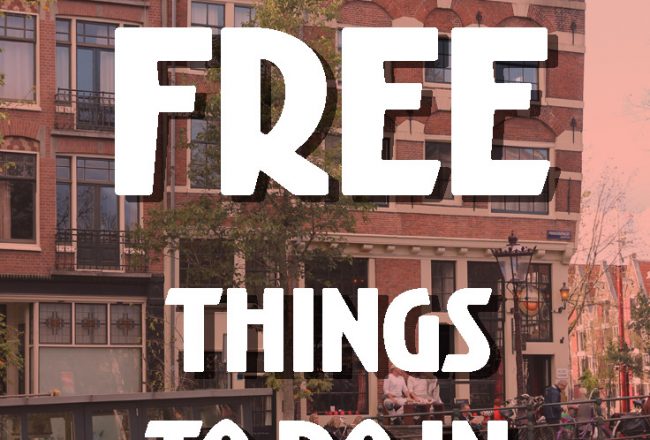 23 FREE things to do in Amsterdam 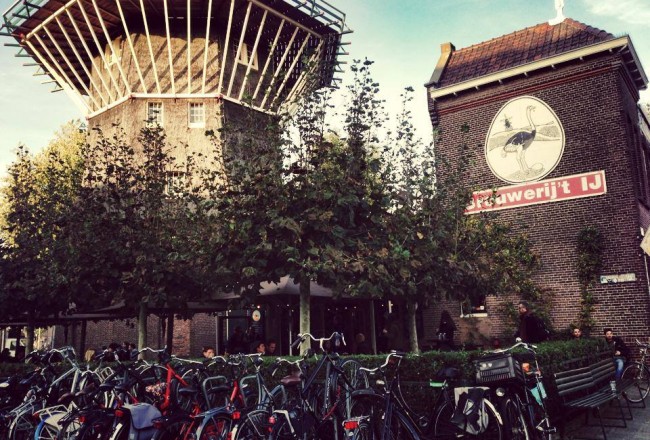