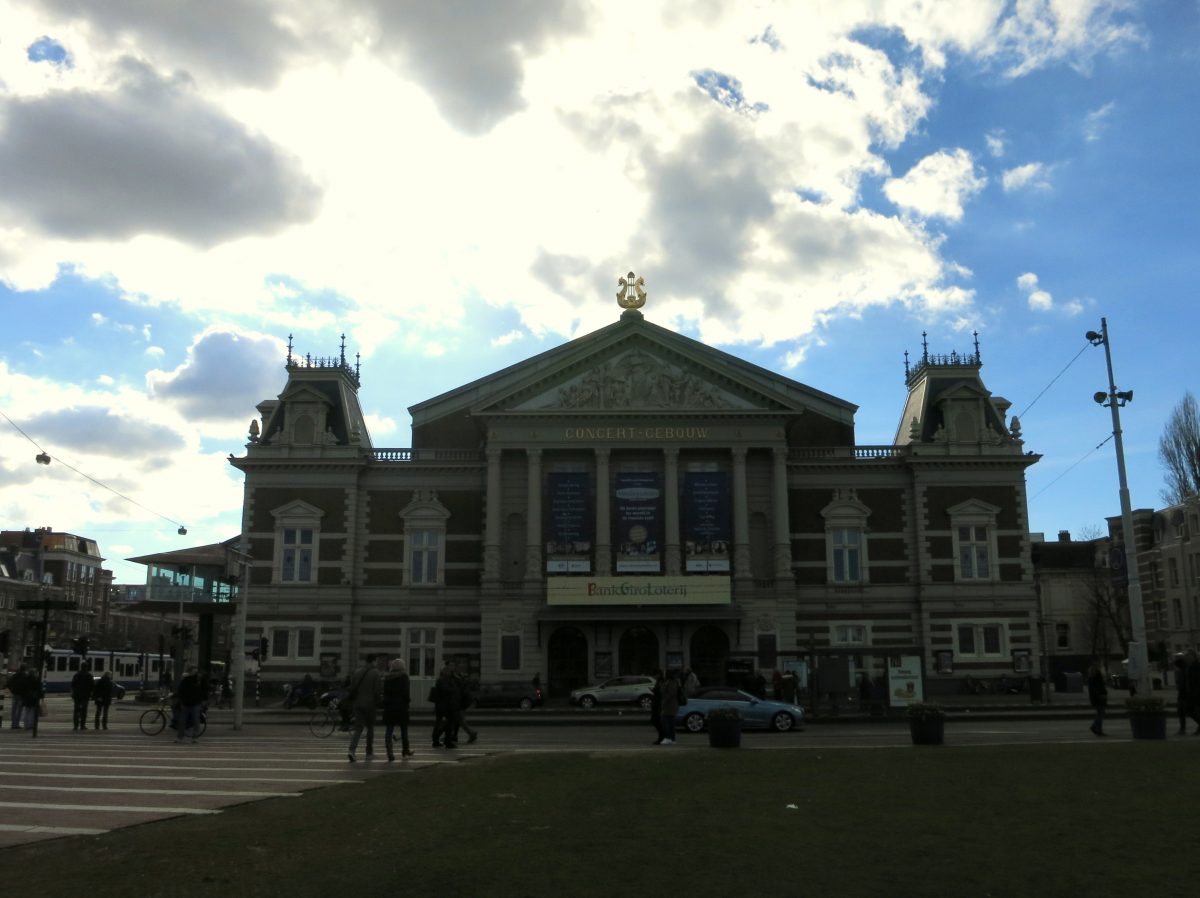 Standing at Museumplein facing away from the Rijksmuseum, you will notice the stunning building across the street topped with a golden lyre. The Royal Concertgebouw was originally built in 1888 with the addition of the glass entry foyer in the 1980s.

The building contains four concert halls: the Grote Zaal, the Kleine Zaal, the Choir Room and the Mirror Room. The halls are beautifully decorated and you’ll notice names of famous composers on the walls.

The Mirror Room originally had mirrors on the doors, reflecting the views of the gardens outside. The mirrors have been replaced with glass since the gardens are no longer there. This room is used as a reception space and was originally designed as a bar area, as noted by the grape vines decorating the walls.

If you are curious about the building and would like to view behind the scenes, join one of their guided tours.

The Concertgebouw is home to the famous Royal Concertgebouw Orchestra. You’ll also find chamber music performances like string quartets, piano recitals and piano trios. Jazz music can often be heard on Friday nights and Saturday afternoons are dedicated to concerts for kids. 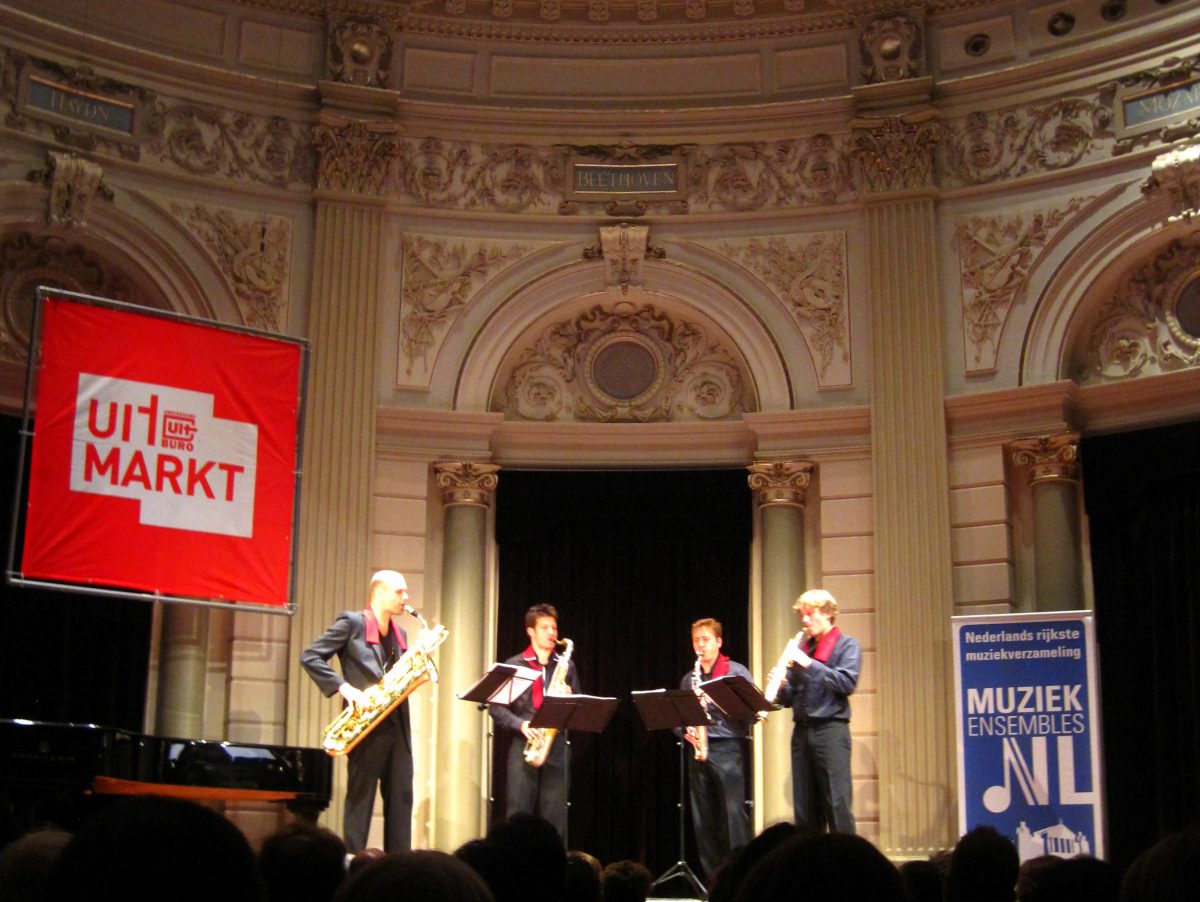 You can buy tickets at the box office or online. Don’t want to pay full price for your tickets? There are several ways to get discounted tickets (or even free concerts!) for this venue.

Eating and Drinking Near the Concertgebouw

Want to grab a coffee, a snack or a full meal before or after a visit to the Concertgebouw? Here are a few tips for dining in the area:

CHECK OUT OUR GUIDE TO RESTAURANTS CLOSE TO MUSEUMPLEIN. 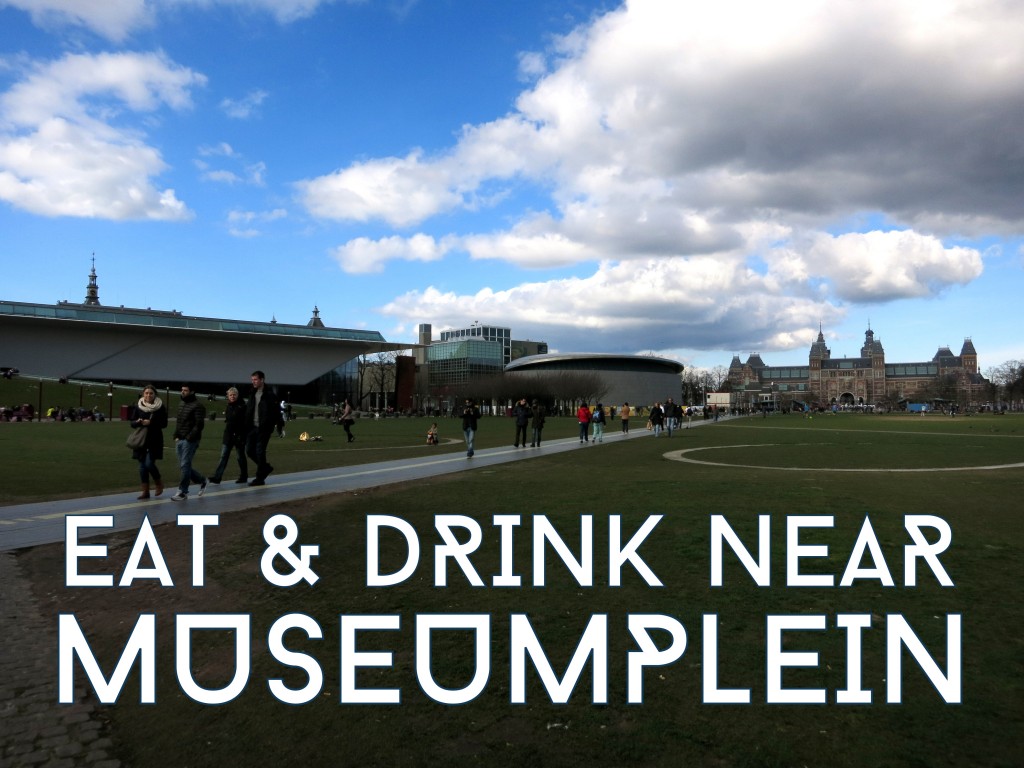 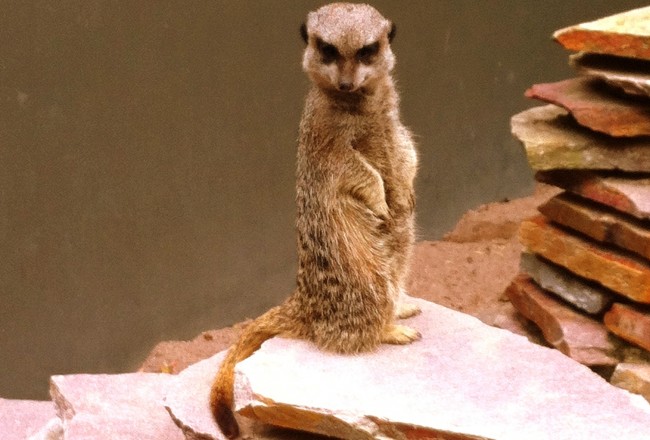 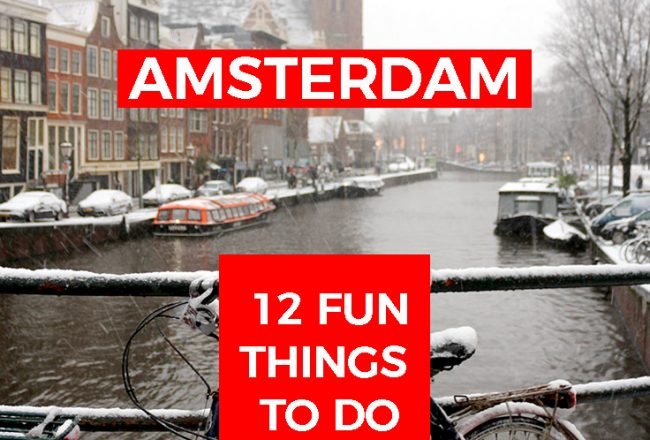 12 Fun Things To Do in Amsterdam in Winter 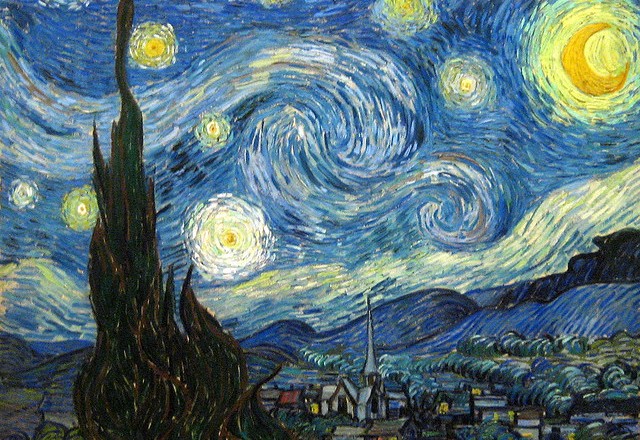