A GUIDE TO DUTCH INDONESIAN CUISINE 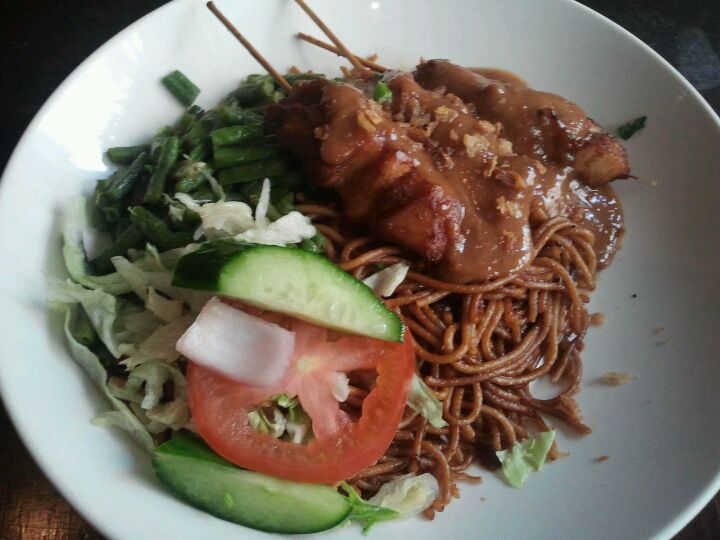 Have you been curious about why you see saté on many cafe menus in Amsterdam? Are you wondering what a rijsttafel is? We’ll help you understand a little more about the delicious Dutch Indonesian cuisine.

Indonesia and the Dutch

The Dutch arrived in Indonesia in the 16th century in search of cloves, nutmeg and pepper during the height of the spice trade. When the Dutch East India Company (VOC) went bankrupt in 1800, Indonesia became a treasured colony of the Netherlands. During this period the Dutch embraced the delicious Indonesian cuisine both at home and abroad.

There are now many Indonesian restaurants in the Netherlands, especially in large cities like Amsterdam, Den Haag, Utrecht and Rotterdam.

Indonesian ingredients like boemboe, sambal and ketjap can be found at nearly every Albert Heijn in the Netherlands. The Indonesian influence can also be seen with Dutch-Indonesian fusion foods like patat met satesaus and the inclusion of chicken saté on many cafe menus.

Indonesian restaurants around the Netherlands often include foods from Suriname like roti on their menu as well.

Indonesian Food in the Netherlands

Following is a guide to some common Indonesian foods you might find around the Netherlands in restaurants and grocery stores.

Ayam: Ayam or ajam is the Indonesian word for chicken. It is served in soups, grilled on skewers, and braised in sauces among many other recipes. Saoto ayam is one of my very favorite soups. Have you tried it? You can find delicious saoto ayam at Spang Makandra and ‘t Saoto Huisje in Amsterdam.

Bami: Bami are thin egg noodles commonly served stir fried (called bami goreng) with garlic, onion, meats, vegetables, egg and chili. This dish is thought to have been introduced to Indonesia by the Chinese, based on their chow mein. Bami goreng is often served as a main dish or combined with meats and vegetables.

Boemboe: A spicy sweet chili paste that is used to flavor dishes in cooking Indonesian foods, you can find many types of boemboe at Albert Heijn and other grocers.

Gado-gado: Gado-gado is a popular Indonesian vegetable dish that is served with bumbu kacang or peanut sauce. Ingredients in the salad can include cooked vegetables and potatoes, raw cucumber and lettuce, fried tofu or tempeh, and peeled and sliced hardboiled egg.

Loempia: These spring rolls are made of rice paper and are typically filled with vegetables, meat and noodles then deep fried. They are often served with a sweet and sour chili sauce. Grab a loempia at one of Amsterdam’s street markets.

Nasi: Nasi means rice, and is commonly served in the form of nasi goreng which is rice that has been stir fried with onion, garlic, ketjap manis, tamarind and chili. Nasi goreng is considered the national dish of Indonesia, and can be eaten on its own or as an accompaniment to many other dishes.

Rames: The word rames is used in restaurants to refer to a complete dish with nasi and/or bami, vegetables, and meat or tempeh. A rames dish usually costs about €5-15.

Rendang: Meat, typically red meat like beef or lamb but sometimes chicken, that is cooked slowly in coconut milk and spices is known as rendang and is one of my favorite Indonesian dishes! The spices may include ginger, garlic, galangal, turmeric, lemon grass and chili. It is usually served with vegetables and rice or noodles. Visit Spang Makandra for their yummy rendang.

Rijsttafel: A large meal to be shared amongst a group, rijsttafel (rice table) is said to be Dutch invention. It consists of rice with many small dishes of spiced vegetables and meats. Rijsttafel (sometimes misspelled rijstafel) is commonly seen on the menu of Indonesian restaurants all over Amsterdam and is usually priced between €20-30 per person. A good place to try rijsttafel in Amsterdam is Tempo Doeloe or Kantjil en de Tijger.

Sambal: Sambal is a spicy ground chili sauce that is commonly served as a condiment or used in cooking Indonesian food. Yum!

Saté: Saté or satay is an Indonesian dish of meat marinated in spices then skewered on sticks and grilled over a flame. The meat is often served with a spiced peanut sauce, which the Dutch also call saté or satésaus.

Satésaus: Peanuts were introduced to Indonesia from Mexico by Spanish and Portuguese traders in the 16th century and have become a staple in the diet throughout Southeast Asia. Peanuts are common in many Indonesian dishes, and satésaus features them as the starring ingredient. This sauce is supposed to be a perfect savory balance of slightly sweet and slightly spicy.

Spekkoek: The pretty spiced layer cake known as spekkoek is a Dutch-Indonesian invention. Some believe that this tasty treat is related to the Dutch speculaas cookies with their similar clove, cinnamon, and ginger flavor. Spekkoek is very labor intensive to prepare, and therefore is priced quite high in many shops. But it is worth it!

Tahoe: This is the Dutch-Indonesian word for tofu and is often served fried or sauteed with a spiced sauce.

Tempeh: Made from fermented soybeans bound into cake form, tempeh is a vegetarian product originally from Indonesia. It is delicious when marinated, then fried or sauteed and is often served with spiced sauces. Another favorite of mine!

We hope you have enjoyed this short explanation of Dutch Indonesian foods that can be found around the Netherlands. Do you have a favorite Indonesian dish or restaurant in Amsterdam? Find us one social media and let us know about it!

Definitely do not miss these 10 Dutch Foods You Have to Try and  7 Dutch Drinks You Should Be Sure to Sample. 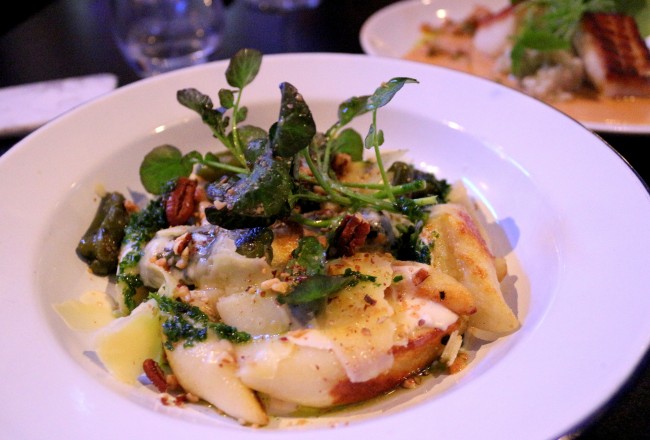 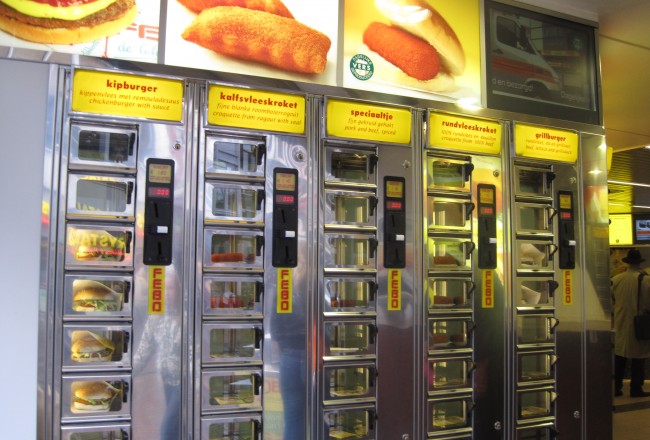 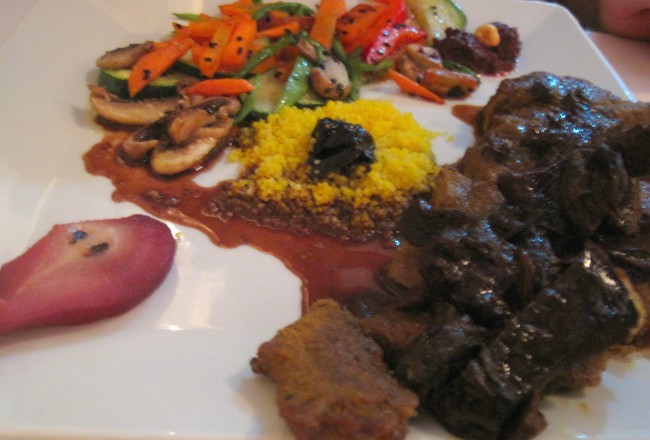