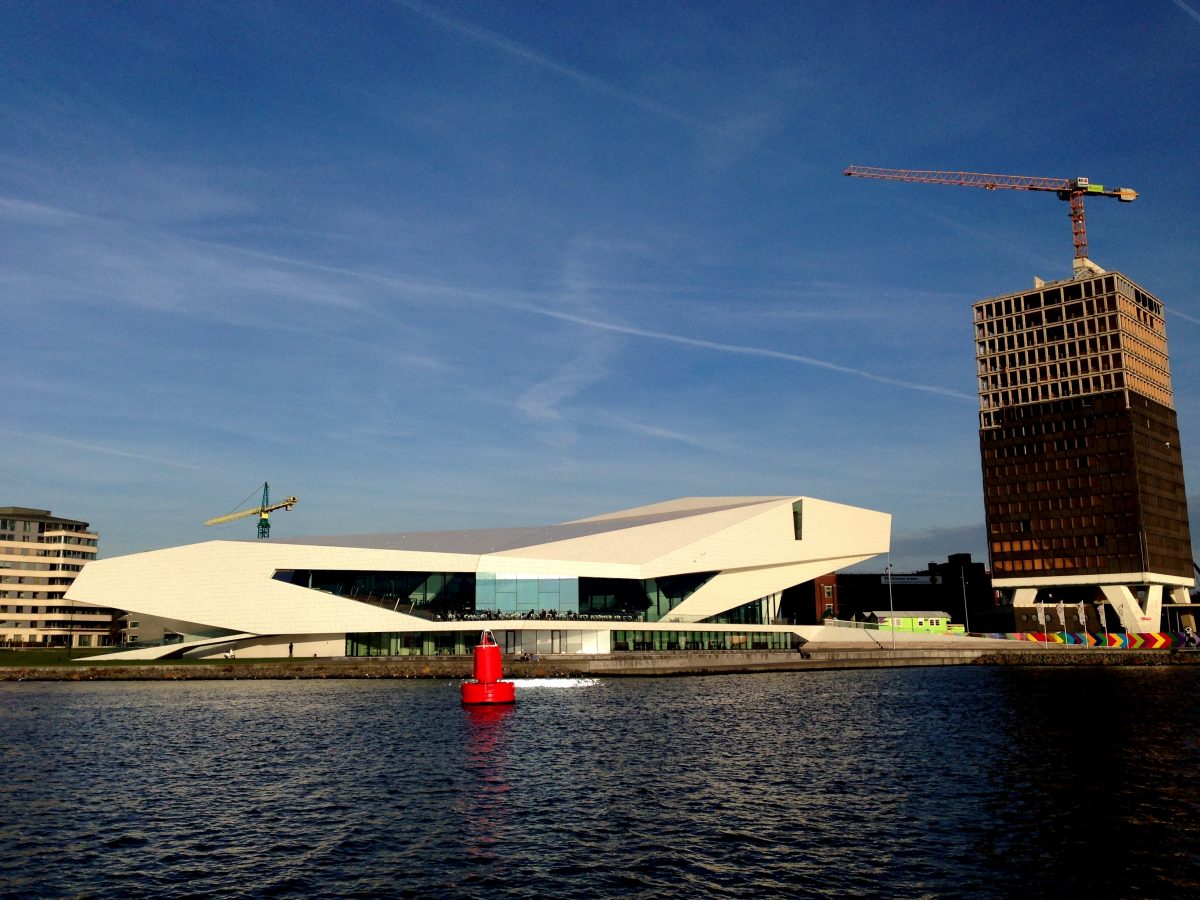 The sleek white building in Amsterdam Noord tempts from across the water. Come watch a movie or view the permanent and special exhibits at EYE, the film museum on the IJ.

EYE FILM MUSEUM • MUSEUM, CINEMA AND CAFE WITH A VIEW

The EYE Film Institute Netherlands, the Dutch center for film culture and heritage, aims to foster a viable film industry in the Netherlands and to promote Dutch film at home and abroad.

In addition, the EYE is also devoted to educating the public about film in general and promoting this art form through exhibits, film screenings, workshops and discussions.

The new building across the IJ from Amsterdam Central Station has been open since April 2012. The stunning building resembles a giant eye (at least I think so), and contains exhibit space, cinemas and a cafe with a view.

In the Basement, EYE makes its collection accessible to the public, for free!

Visit the Panorama, a room where you are surrounded on all sides by film fragments grouped by themes. Further explore the EYE’s collection in a Pod, a small viewing capsule where you can watch film excerpts in private. Then check out the Playground, where film is presented in an interactive way.

In addition to the free permanent collection in the Basement, the EYE also hosts special exhibits. These exhibits cover a diverse array of filmmakers such as Stanley Kubrick, Johan van der Keuken, and Fellini.

The current special exhibit on through January 17, 2016 is about Italian director Michelangelo Antonioni. 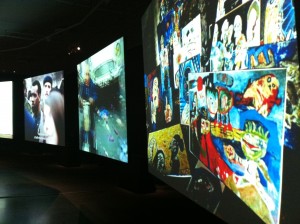 What would a film museum be without films? The EYE has four cinemas that showcase several interesting international films every day. Check their calendar for the latest information.

Tickets are typically €10 for adult admission, with discounts for students and those +65. Buy your tickets online for a small discount, and remember that the EYE ticket office only accepts credit card and PIN, no cash! A Cineville pass can be purchased for €18 per month which allows unlimited movies at EYE and 12 other theaters in Amsterdam.

For those who are learning Dutch or visitors who are interested in Dutch films but do not speak the language, the EYE has a special event on the third Wednesday of each month called Dutch Movies English Subtitles. A favorite Dutch film is chosen and English subtitles are included. 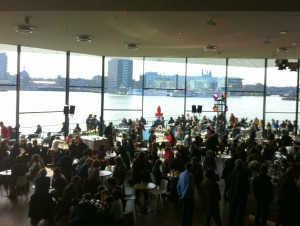 In addition to their internationally-recognized work restoring and promoting films, the EYE has been receiving praise for their cafe with a view.

Called the EYE bar-restaurant, this cafe with an outdoor terrace has an amazing location on the water with killer views of Amsterdam. The food is tasty too! Open daily for lunch and dinner or just grab a coffee before touring the museum or a glass of wine before catching a film.

The THT restaurant which is just in front of the ferry is also a terrific choice for lunch, dinner or a quick snack.

GETTING TO THE EYE MUSEUM

One of the most fun things about the EYE is getting there! Hop on a free ferry boat behind Amsterdam Centraal. The ferry ride to “Buiksloterweg” takes about two minutes, and ferries generally leave every 15 minutes. When you step off the boat turn left and make the short stroll to the museum.

Helpful hint: If you plan to visit more than three museums within the year, we recommend the Museumkaart for locals. The price of €59 is worth it as entrance to each museum is around €15-20 for adults. If you are visiting Amsterdam take a look at the iAmsterdam card which gives you free transport around the city as well as free entry to many museums and attractions in Amsterdam and Haarlem. Check here for more information and to purchase the iAmsterdam card online. Another option is the Holland Pass which grants free access to several museums and attractions, as well as discounts to others. Check here for more information on the Holland Pass.

HAVE YOU VISITED ALL OF THE TOP 10 AMSTERDAM MUSEUMS ALREADY? 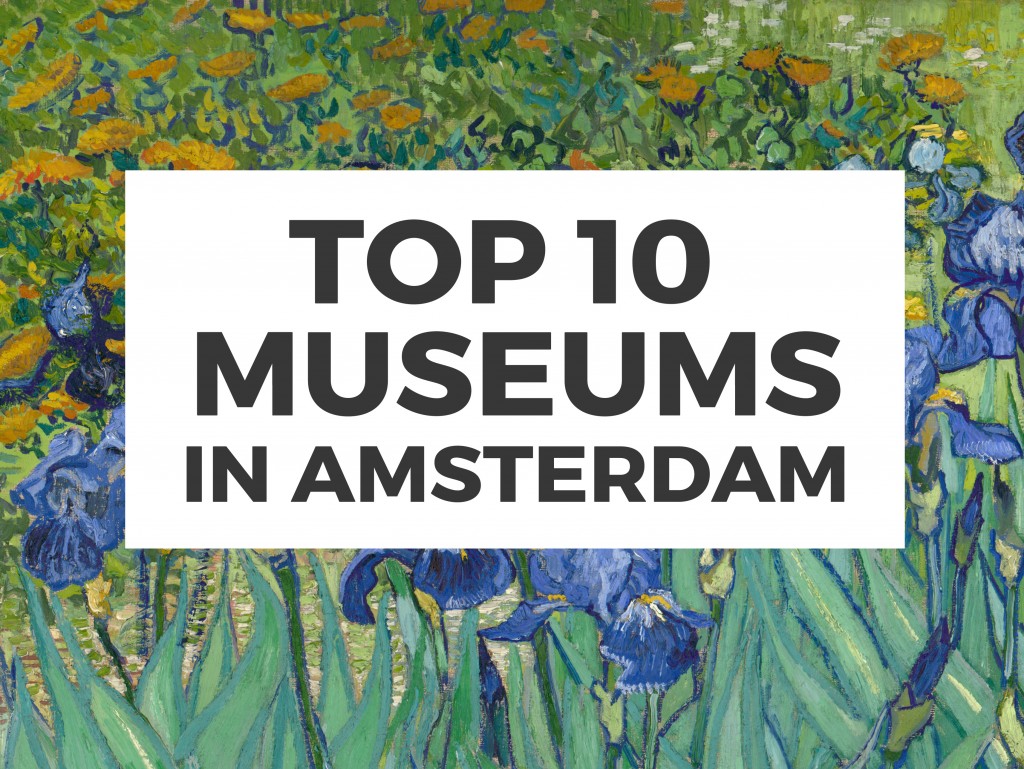 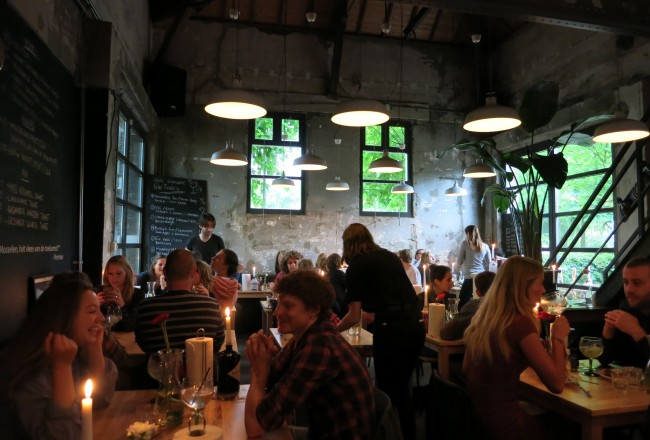 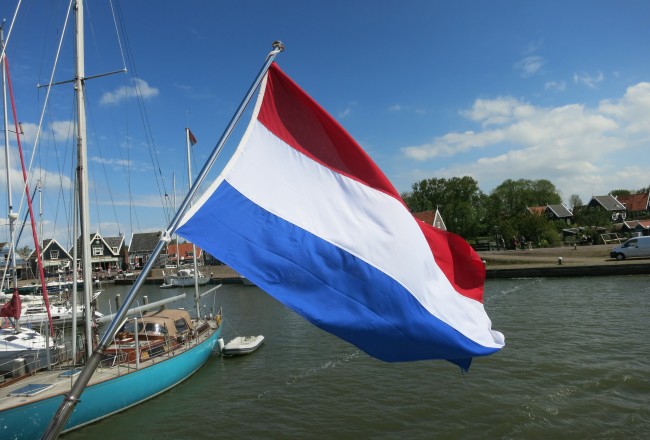 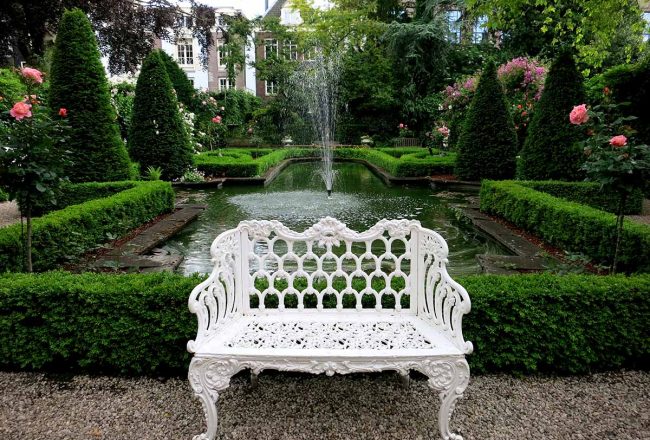