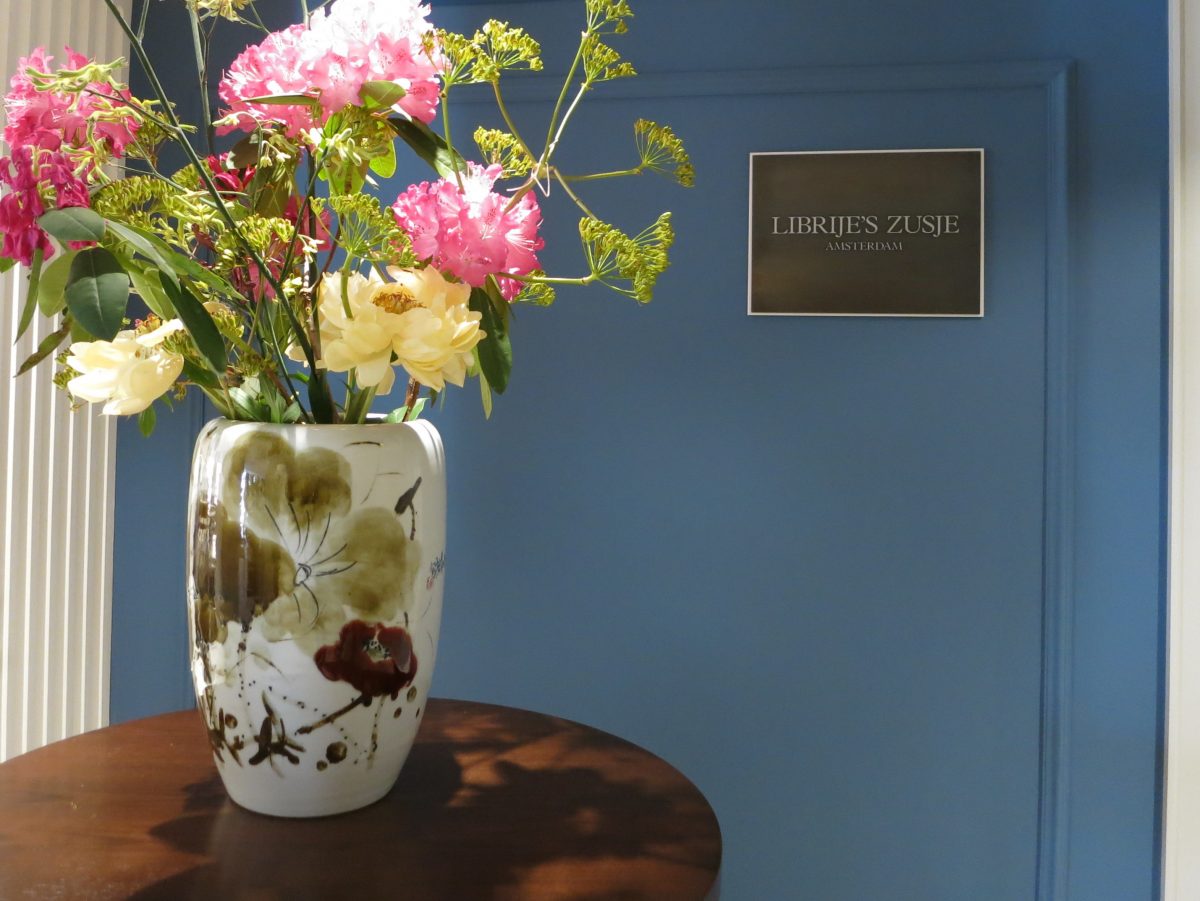 Amsterdam welcomes one of the world’s finest hotel chains to its canals with the Waldorf Astoria. This gorgeous hotel has been created from remodeled canal homes and houses Librije’s Zusje and a bar in a bank vault.

The original Waldorf Hotel was built in the late 1800s by William Astor in New York on the site of today’s Empire State Building. His cousin then built the Astoria Hotel next door. The two hotels were eventually connected by a hallway, referred to as Peacock Alley, creating the largest hotel in the world at the time.

The Waldorf Astoria brand is known for legendary service and for originating the concept of the grand hotel as a meeting place and center of urban social life. The international hotel chain aims to maintain a sense of place and history at their unique luxurious properties.

The Waldorf Astoria Amsterdam is made up of six refurbished grand canal houses which brings many unique and surprising touches to the hotel. These historic 17th and 18th century homes were built by wealthy merchants, traders and city officials and have now been seamlessly joined on the interior to create the hotel.

Over the centuries some of the original details have been lost but those that remain are impressive and beautiful. The marble floors and carved staircases alone are amazing to behold. Fresh flowers are everywhere, bringing the garden indoors.

The rooms, hallways and open spaces are furnished in a palette of soft blues and greens accented with gold, bringing a wonderful sense of peace and relaxation to the interior of the hotel.

Foodies know Restaurant De Librije, the fine dining establishment in Zwolle owned by Jonnie and Thérèse Boer. Amsterdammers need not travel to Overijssel to sample their Michelin-starred cuisine, as Librije’s Zusje Amsterdam has opened in the Waldorf Astoria.

The menu, developed by executive chef Sidney Schutte together with Jonnie and Thérèse Boer, offers the option of a la carte or a menu of three to six set courses. The spring menu is full of seasonal specialties such as white asparagus and morels and features local Dutch ingredients like North Sea crab and even tulip bulbs. 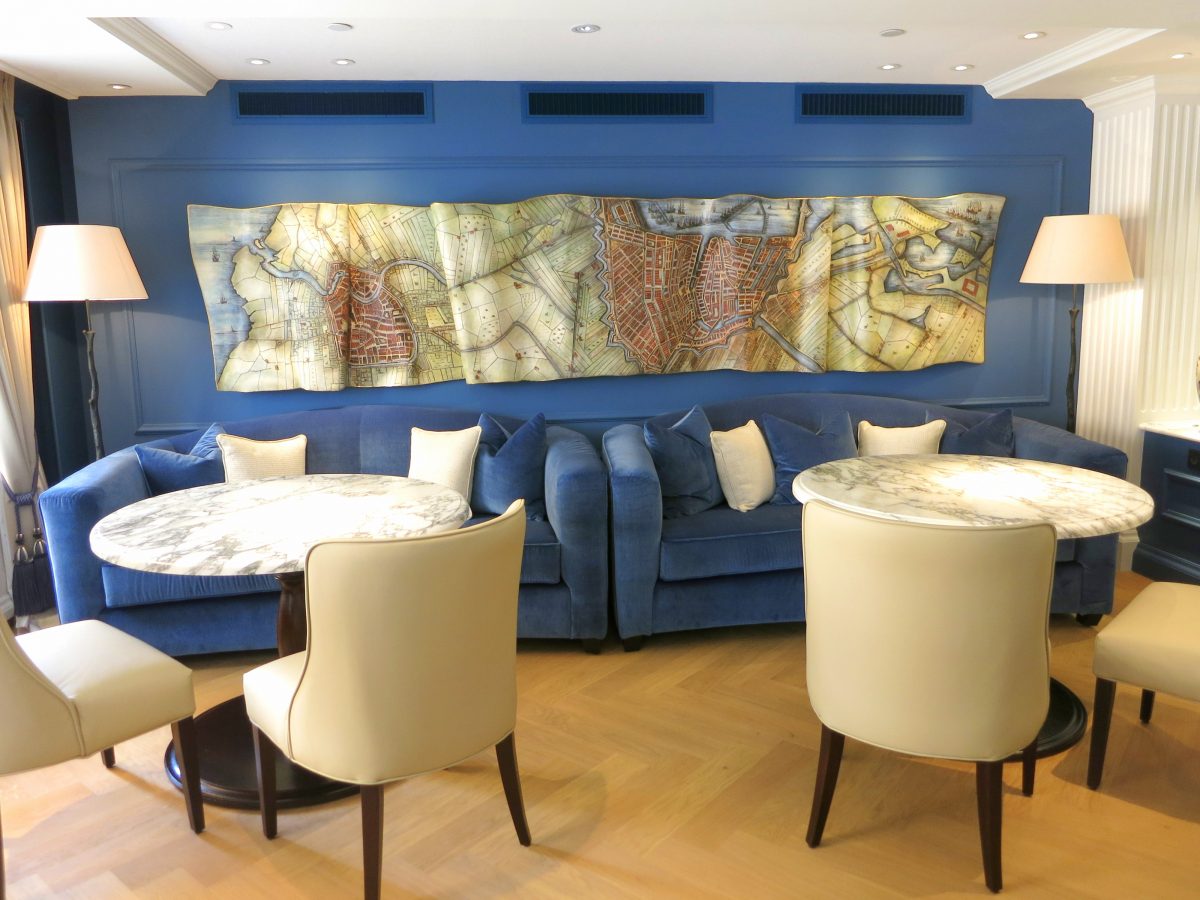 Hidden in the basement in an old bank vault is the aptly named The Vault Bar. You’ll find old deposit boxes behind the bar, complete with dangling keys.

Meet at The Vault for drinks, whether local Dutch liqueurs or New York classic cocktails, and a selection of tasty bar snacks. The Vault Bar is an intimate meeting place for guests and visitors alike, a secret treasure hidden below the hotel. 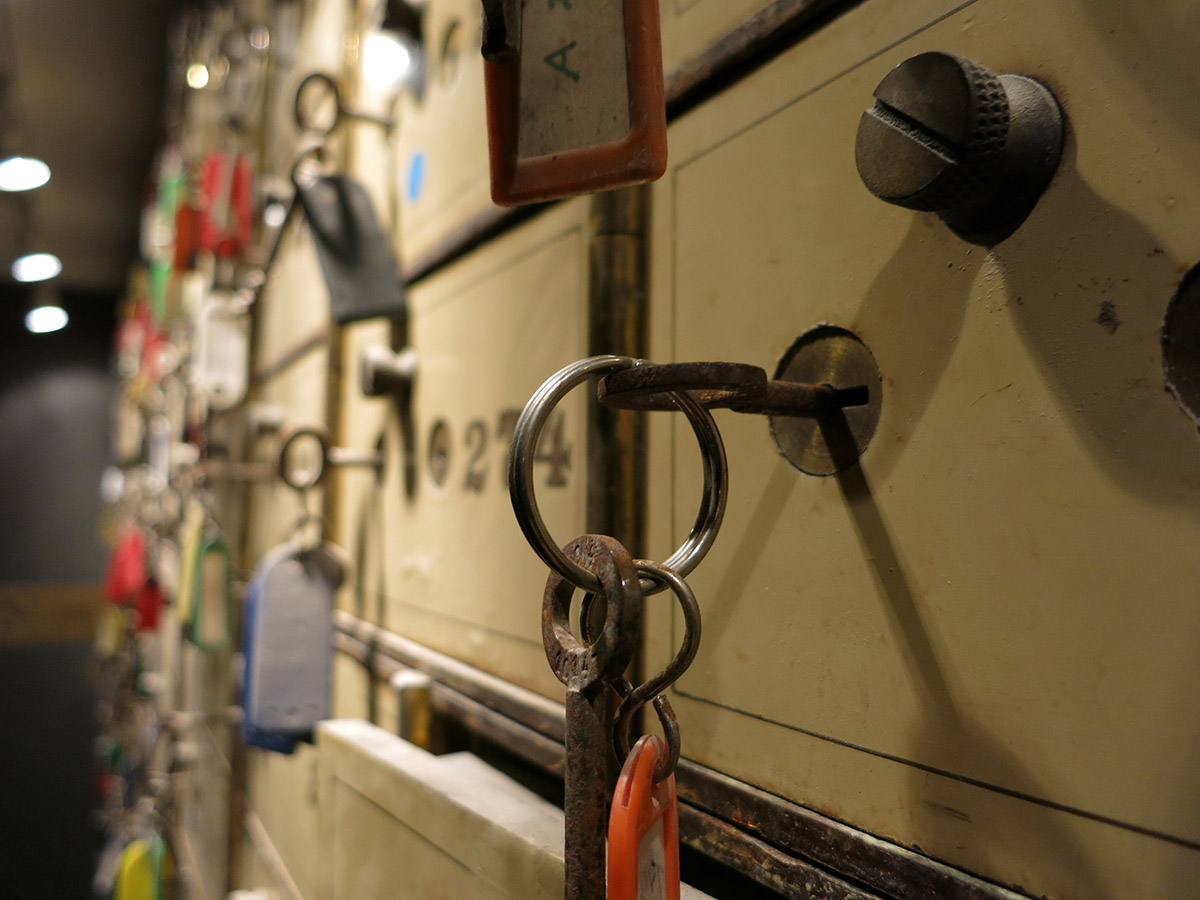 Those who would like some pampering and beauty treatments can head to the Guerlain Spa.

The peaceful spa overlooks the gardens and has a sauna, steam room, and heated indoor pool. 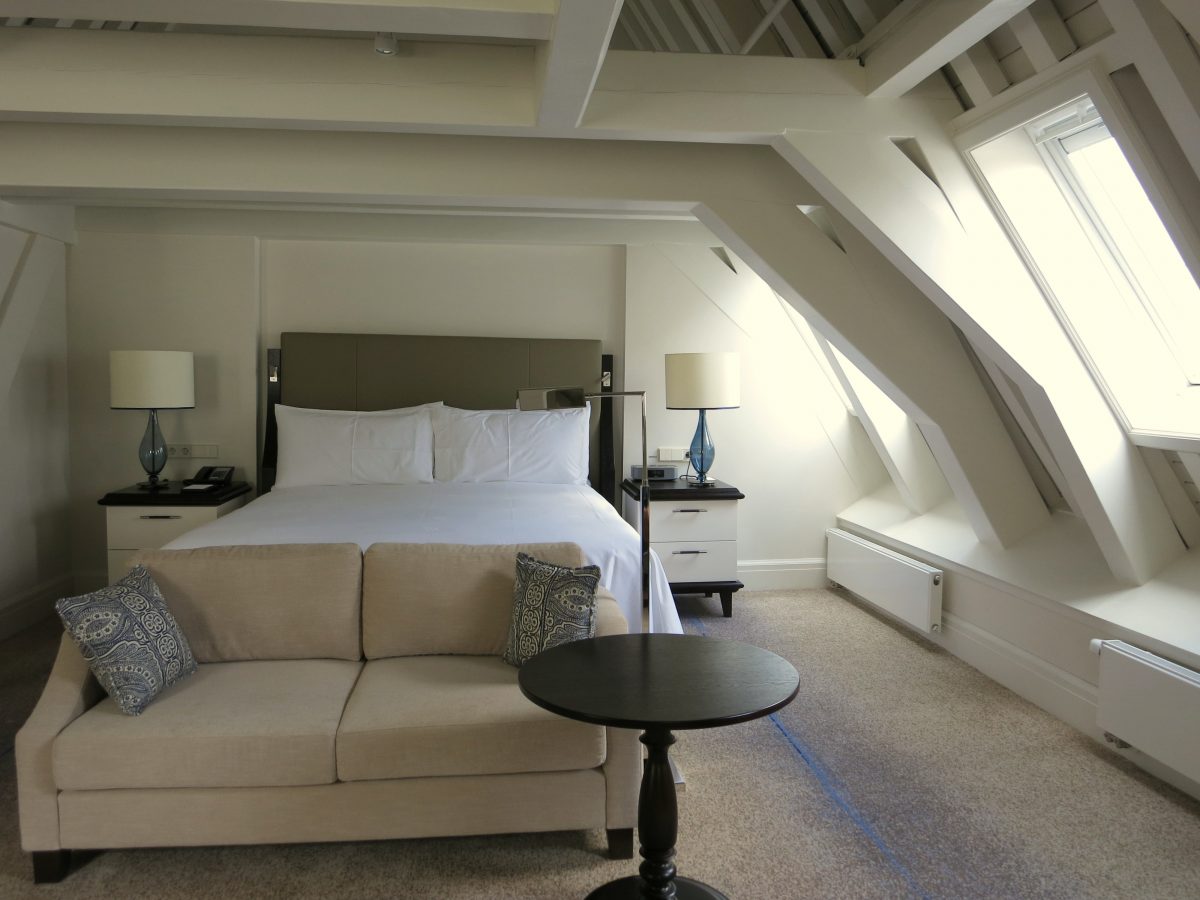 If you are in need of a place to lay your head for the night, there is no better choice in Amsterdam than the Waldorf Astoria. The rooms are spacious, tastefully decorated and have lovely views of the canals or gardens. The bathrooms are often nearly as large as the bedrooms, with marble floors and huge bathtubs.

As the hotel has been constructed from historic canal homes, each guest room or suite is completely unique. Some even have charming beamed ceilings! 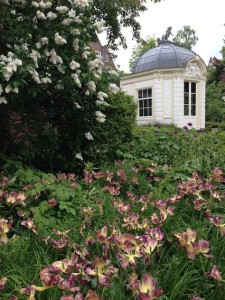 The main floor boasts larger rooms with tall windows, perfect for meeting and special event spaces. One meeting room has charming angels painted on the beamed ceilings while another is surrounded by priceless 18th century paintings by Jacob Maurer and Abraham van Beesten. A panel of one of the Maurer paintings can be lifted to reveal a hidden display cabinet for family heirlooms and collectables.

Before or after a day on Amsterdam’s busy streets and canals, head out to the hotel gardens where expanses of green lawns and colorful flowers will greet you with peace and quiet. Be sure to take a close look at the lovely octagonal garden house built by original owner Mayor Willem Sautijn.

The Waldorf Astoria Amsterdam has maintained the elegance of the 17th and 18th centuries while bringing new luxury to these historic homes. Whether you are a resident of Amsterdam or a visitor to our lovely city, take the time to stop in for a moment. 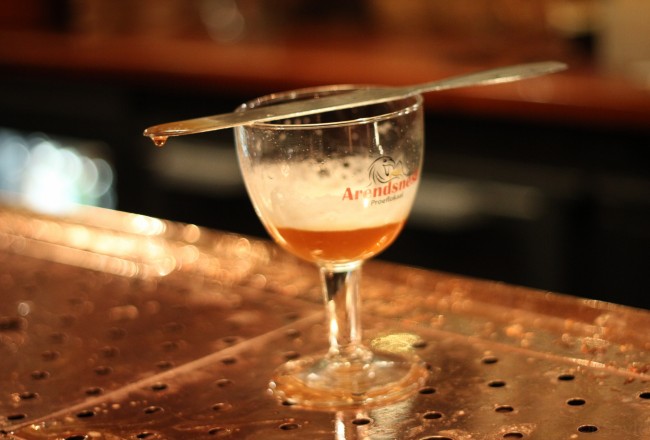 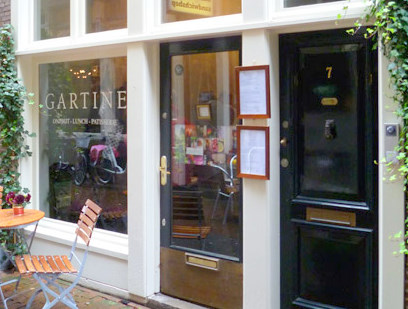 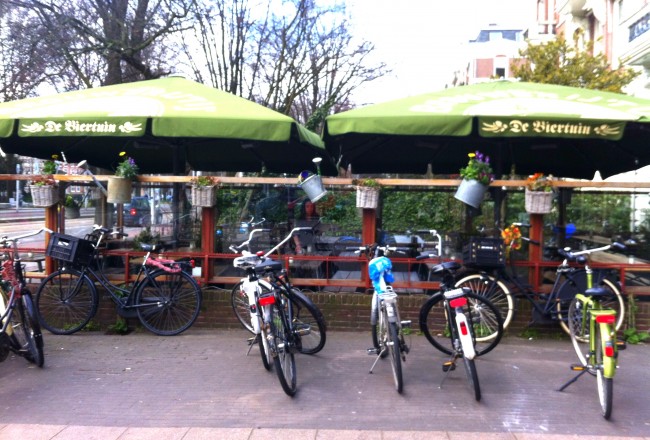